R/DCLEAR is an R package for Distance based Cell LinEAge Reconstruction(DCLEAR). These codes are created during the participation of Cell Lineage Reconstruction DREAM challenge. 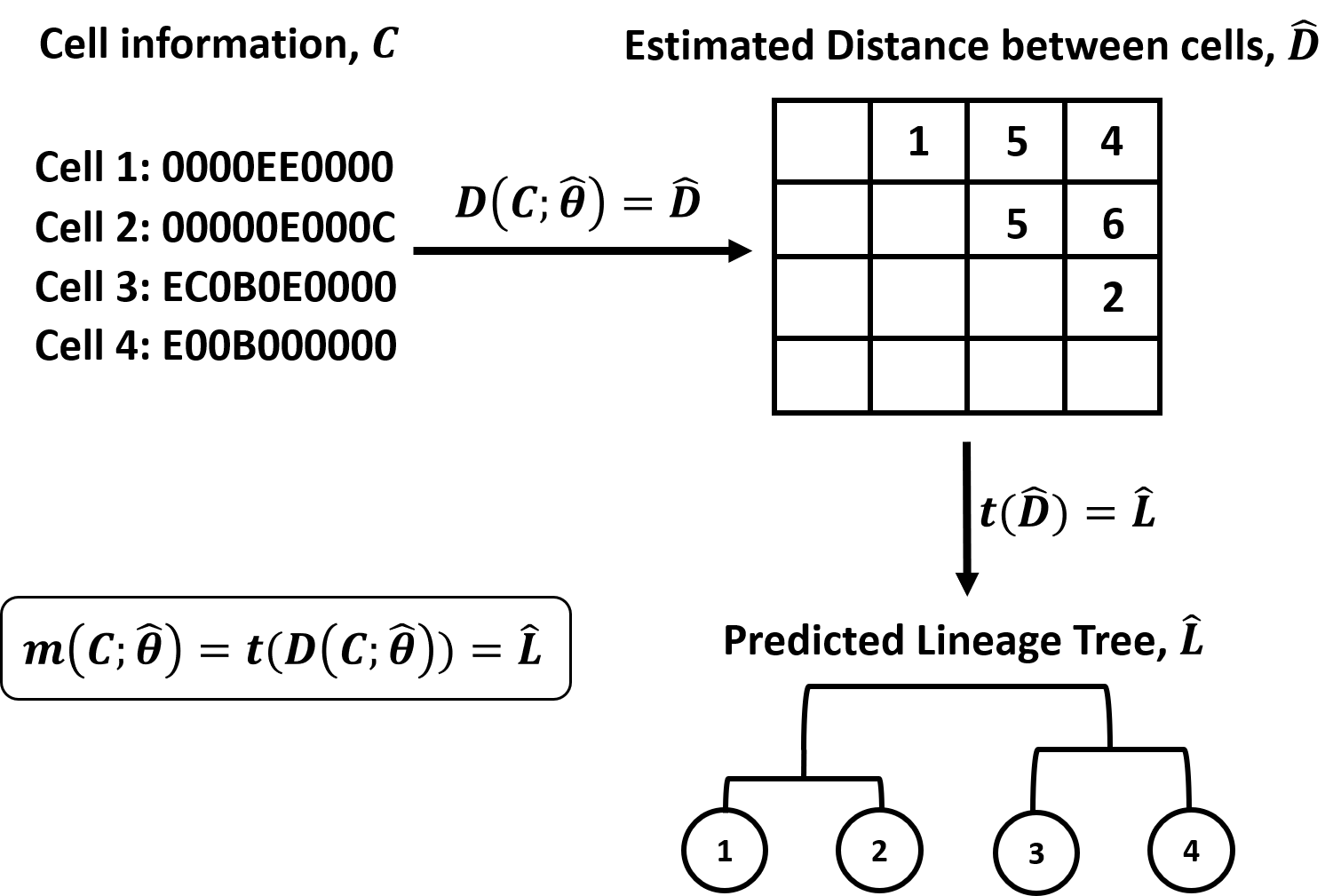 Naive approach would be the hamming distance that simply calculate the edit distance.

And we can approximate unknown weights using training data.

Constructing tree from the distance matrix

With the previously proposed distance matric, we can construct distance matrix among cells. We can apply tree construction algorithms such as Neighbor-Joining(NJ), FastME.

The R/DCLEAR package is free software; you can redistribute it and/or modify it under the terms of the GNU General Public License, version 3, as published by the Free Software Foundation.

This program is distributed in the hope that it will be useful, but without any warranty; without even the implied warranty of merchantability or fitness for a particular purpose. See the GNU General Public License for more details.

A copy of the GNU General Public License, version 3, is available at https://www.r-project.org/Licenses/GPL-3

Our talk on the special DREAM session in RECOMB 2020 meeting (https://www.recomb2020.org/) can be found here.

Try the DCLEAR package in your browser